The number of undefeated Chronicle Country teams was cut in half Friday night. 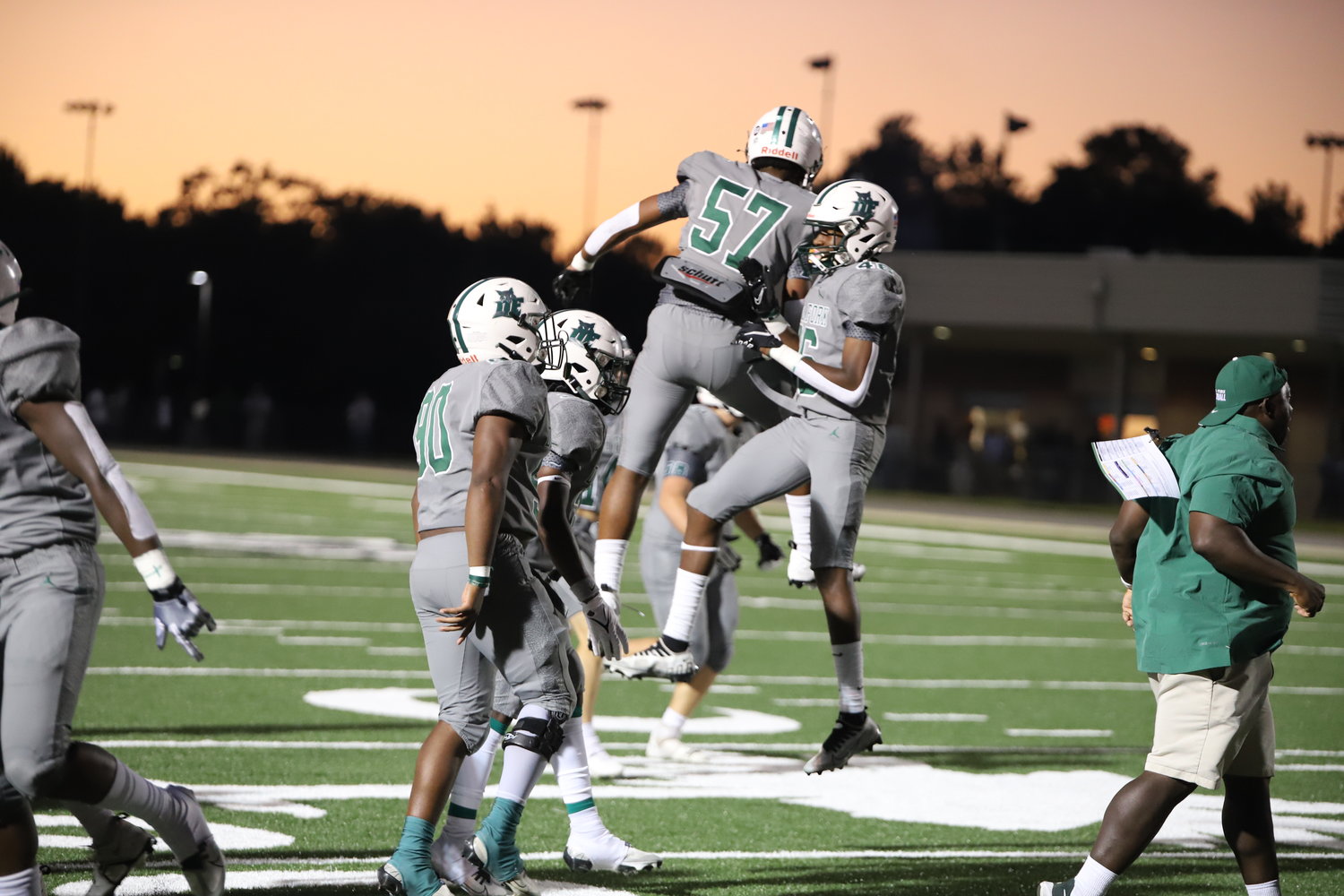 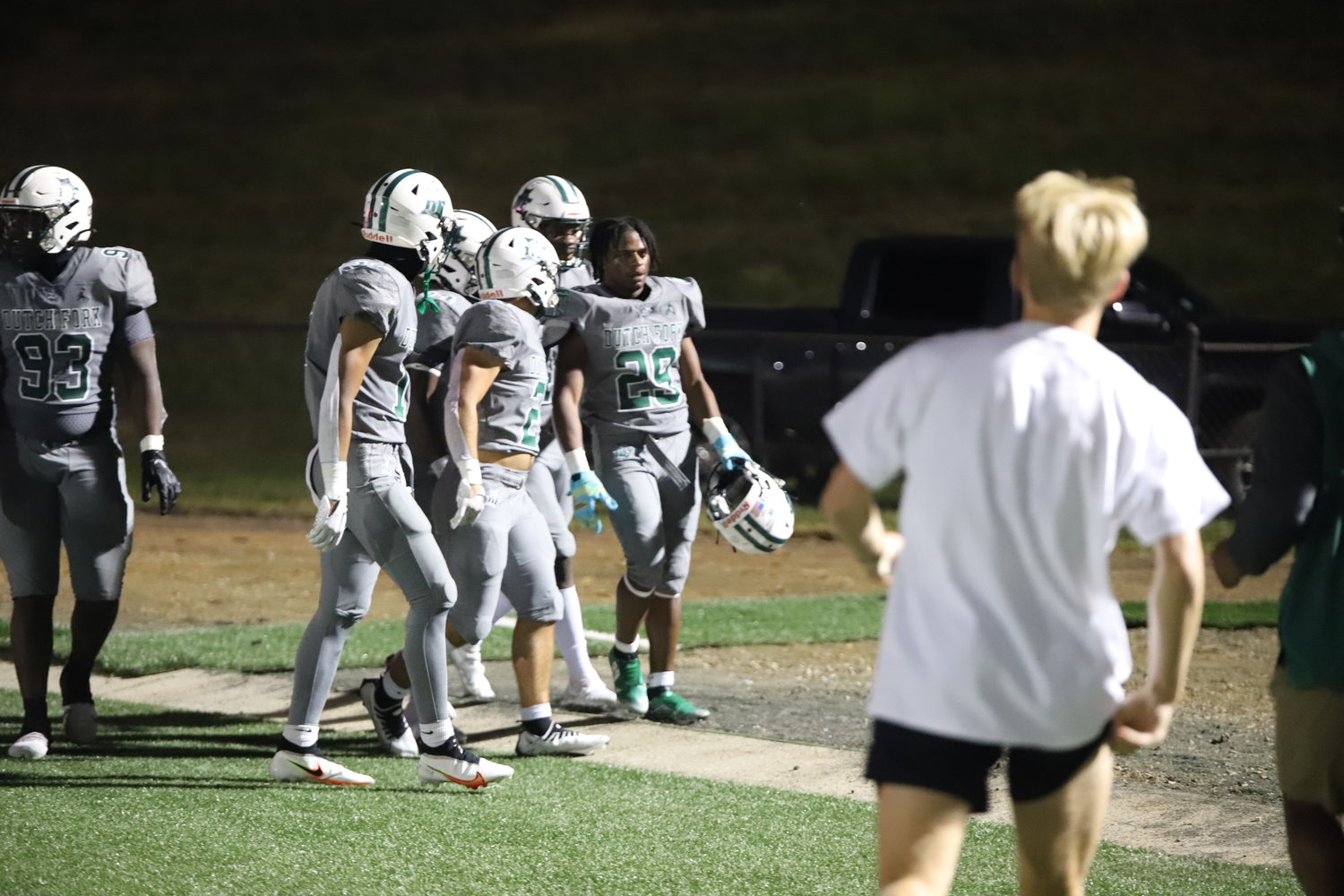 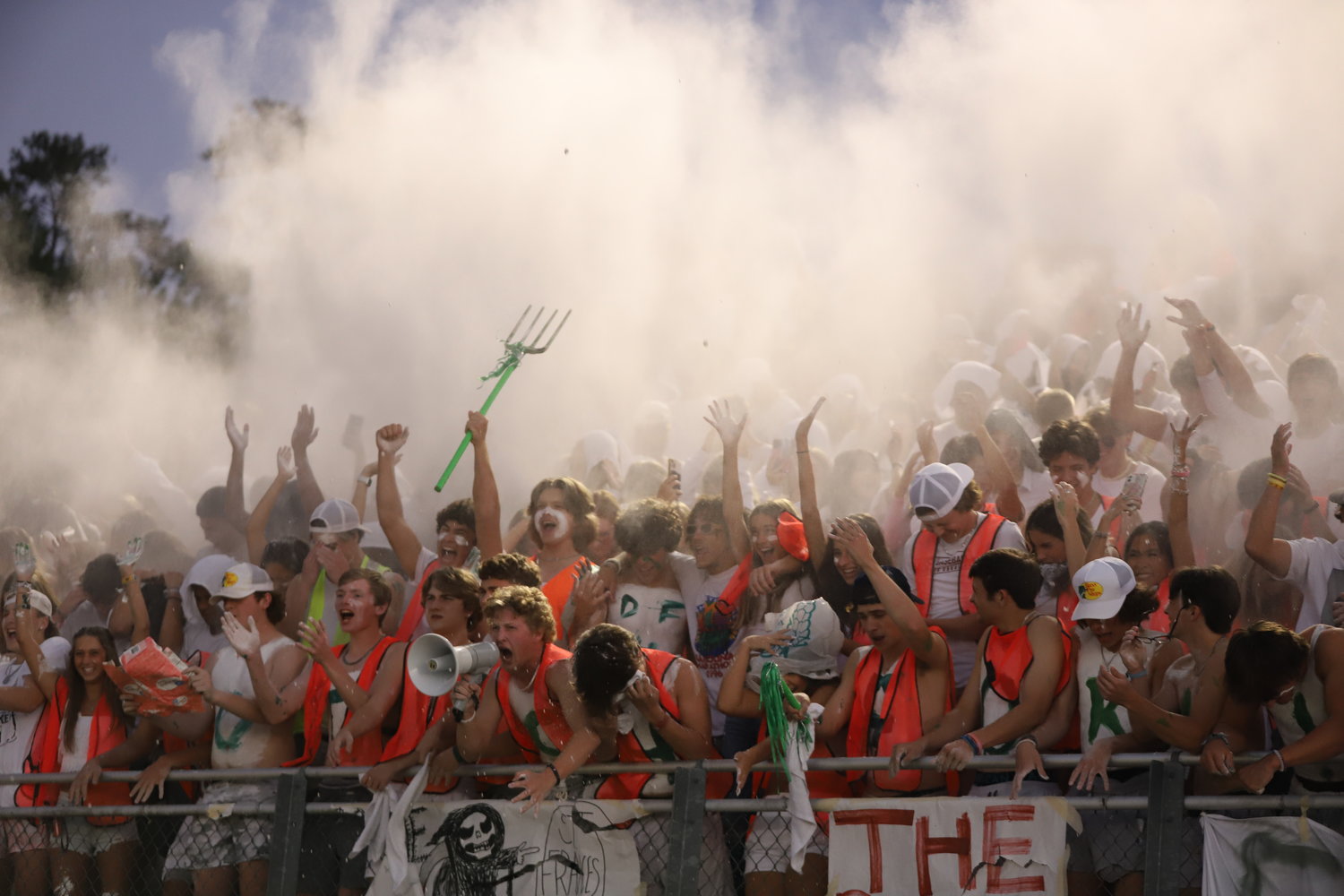 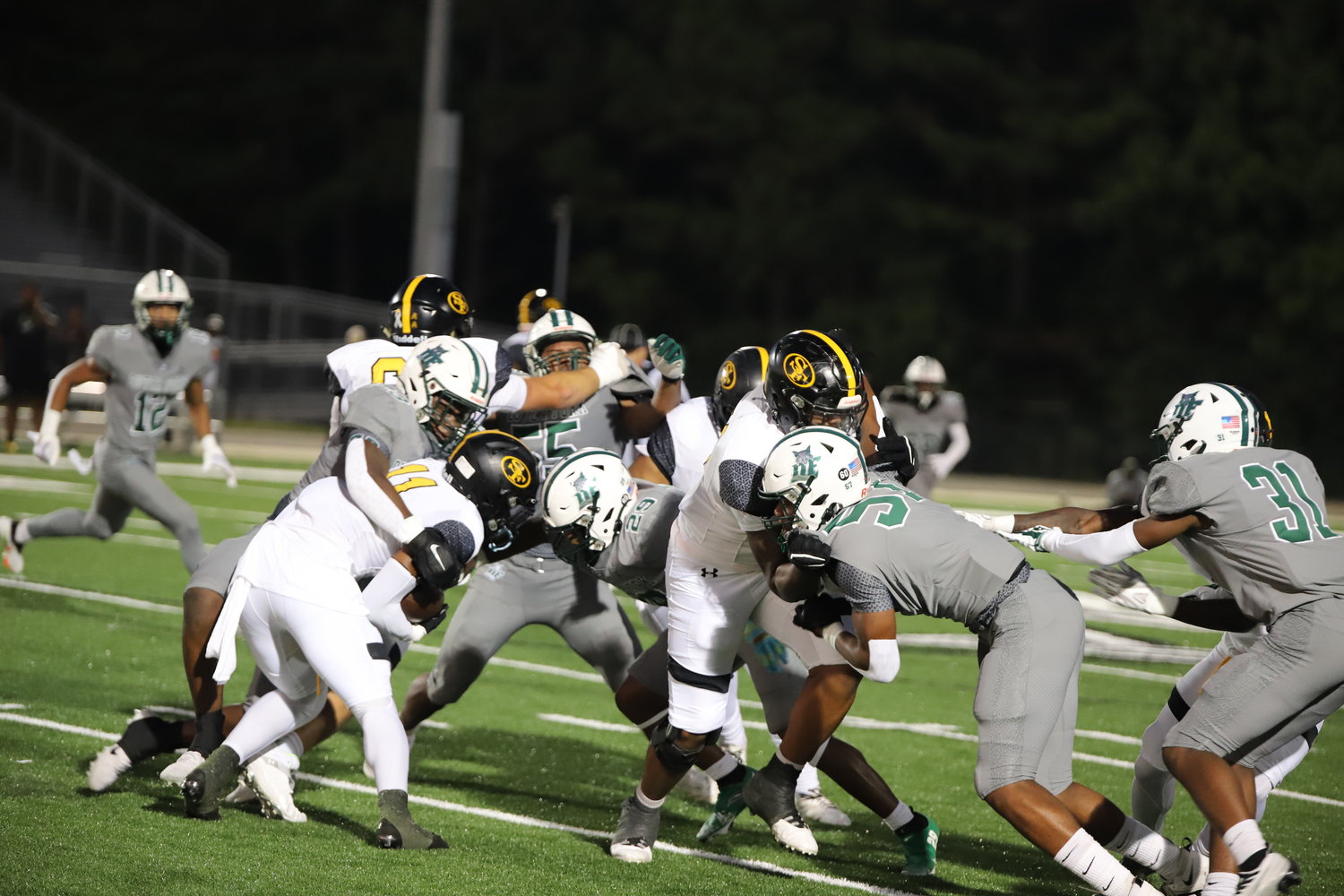 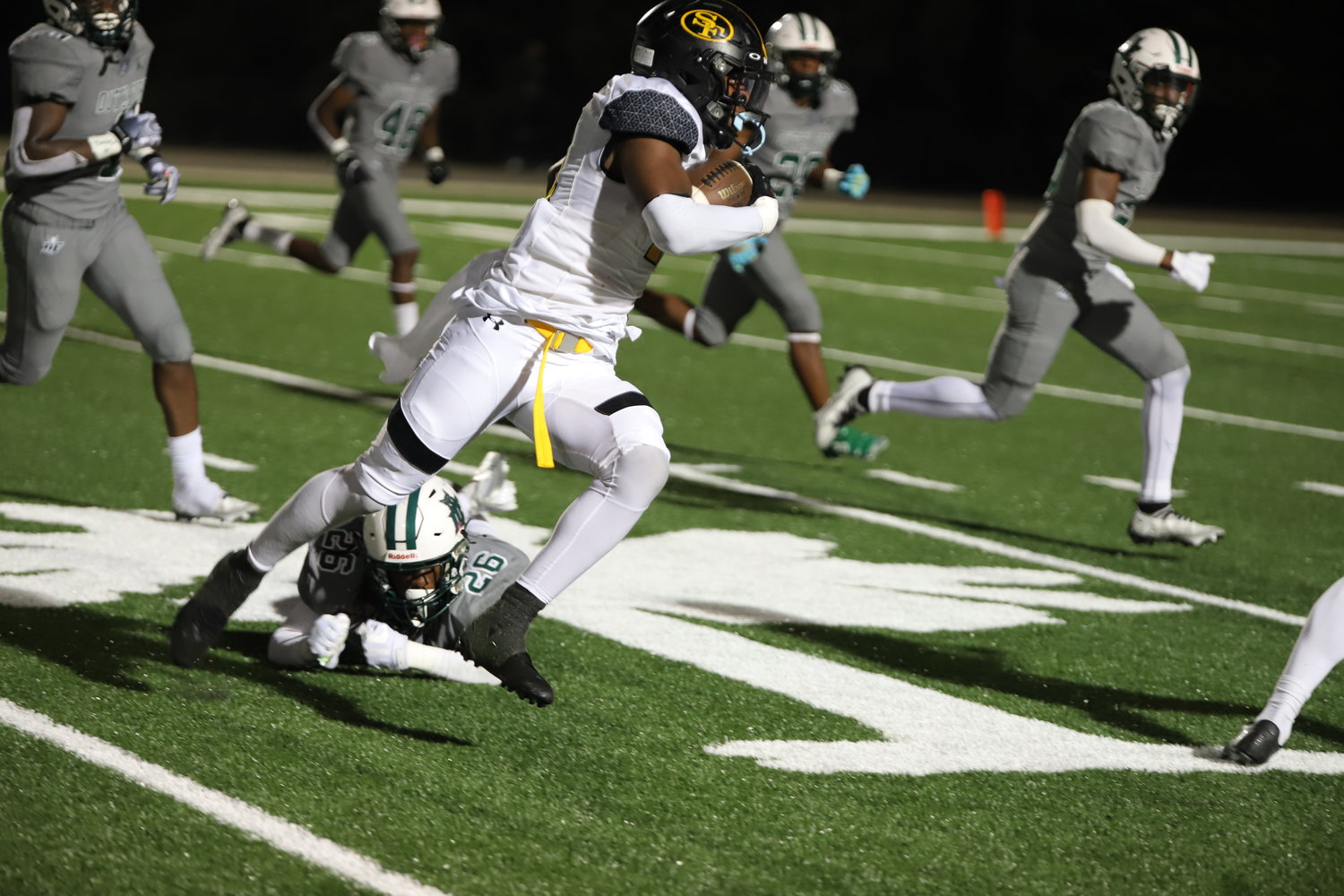 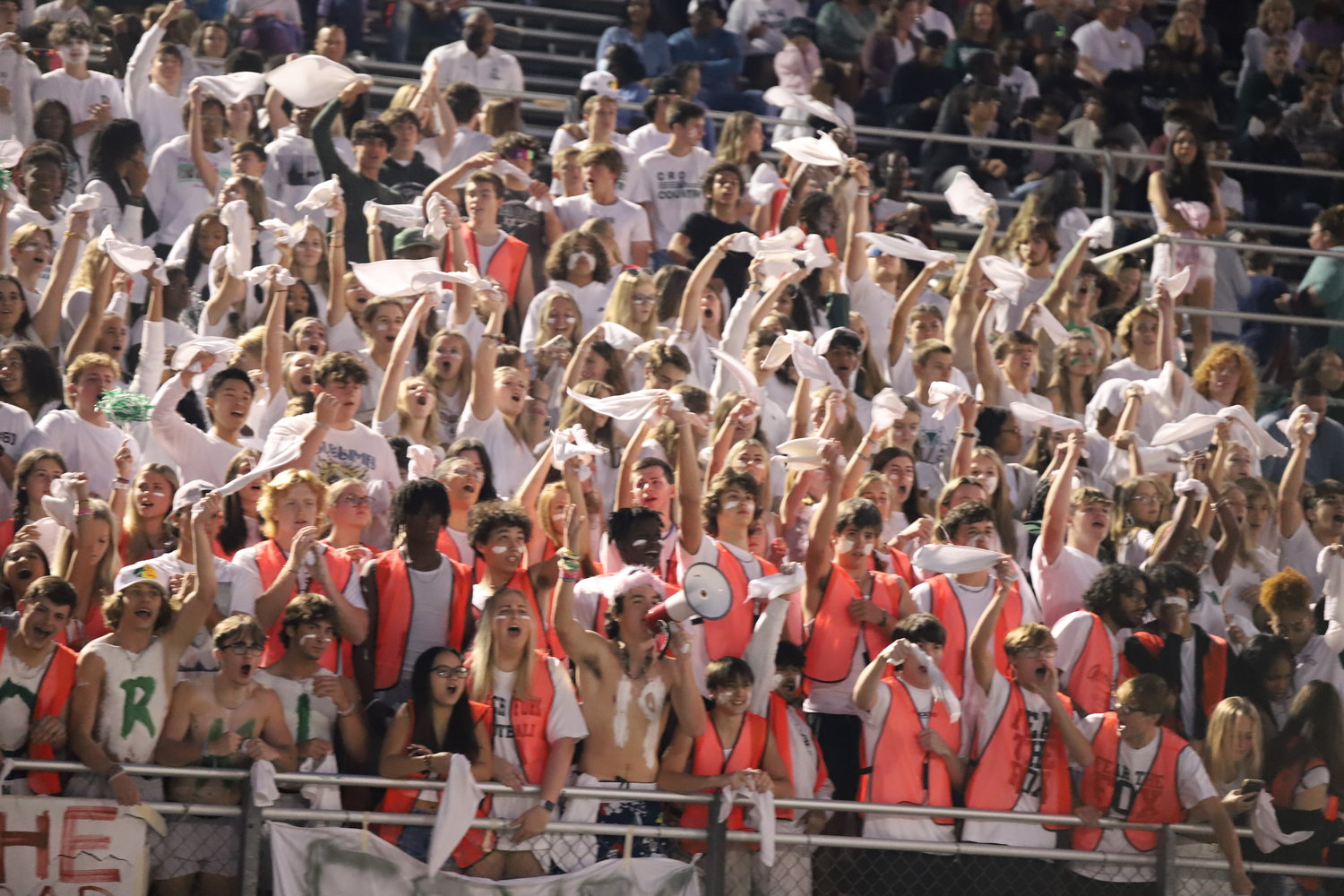 The number of undefeated Chronicle Country teams was cut in half Friday night.

Dropping from the ranks of the unbeaten were top-ranked Dutch Fork and sixth-ranked River Bluff. Both were defeated in high-profile games against highly ranked opponents, one of which is in the Top 5 nationally.

Two teams remained undefeated. White Knoll routed Lancaster 48-7 to improve to 6-0 for the first time in school history. Over in Batesburg-Leesville, W.W. King Academy held off Richard Winn 8-0 to go to 5-0 on the season.

The Silver Foxes found themselves in a rare position for their home opener after five straight road games.

Despite a No. 25 ranking from MaxPreps and winning streaks of 43 games  in the regular season and 33 at home dating back to September 2017, they were a significant underdog to MaxPreps' third-ranked team, St. Frances Academy (Maryland).

The Panthers entered the contest undefeated and riding a 11-game winning streak. They also boosted an effective running attack led by Boston College commit Durrell Robinson and a sizable advantage on the offensive line.

Those factors proved overwhelming for Dutch Fork as it was held without an offensive score for the first time under head coach Tom Knotts. The last time that happened was prior to Knotts' arrival on Sept. 25, 2009, in a 24-0 loss to North Augusta.

It was also the Silver Foxes' lowest point total since a 24-10 season-opening loss to Greenwood, and worst margin of victory since a 49-19 loss in the second round of the playoffs to Dorman. Both occurred during the 2015 season.

St. Frances (4-0) took a 8-0 lead with 16.4 seconds left in the first quarter. Robinson took the handoff, sprinted down the home sidelines and dove over a Dutch Fork defender into the endzone for a 38-yard touchdown.

Kevyn Humes scored on the two-point conversion to give the Panthers an 8-0 lead.

Dutch Fork looked to answer on its next series, but St. Frances Academy blocked the 31-yard field goal attempt by Justin Welch.

With 8:50 left in the second quarter, linebacker Chandler Perry put the Silver Foxes on the board. Quarterback Michael Van Buren threw a pass which bounced off the intended receiver and was snagged by Perry. After gaining control of the football, he righted himself and raced down the same sidelines as Robinson did untouched for the touchdown.

A penalty kept Dutch Fork from going for the two-point conversion and it trailed 8-7.

St. Frances closed out the game with 18 unanswered points, 12 in the second quarter. Following Perry's touchdown, it put together a 10-play, 76-yard scoring drive capped by a four-yard touchdown pass by Van Buren to Kyree Benton.

Just before halftime, the duo hooked up again on a 45-yard bomb down the visiting sidelines to make it 20-7.

Dutch Fork recovered an onside kick to open the second half. However, quarterback Alian Appler was sacked, lost the fumble and Brian Simms III returned it for a 58-yard touchdown.

Dutch Fork (5-1) was held to two first downs the rest of the game and finished with a season-low 121 total yards, 18 rushing. It is idle next week and returns to action at home Oct. 7 against White Knoll.

Demarius Foster broke open a close Class 5A showdown with two straight second half touchdowns as the fourth-ranked Cavaliers handed the sixth-ranked Gators their first loss of the season.

D.J. Porter caught a touchdown pass from Hudson Talley to put Dorman ahead 7-0. River Bluff managed a field goal before halftime to make it 7-3.

After Matthew Karban connected on a 35-yard field goal in the third quarter for the Cavaliers, River Bluff quarterback Parker Murray threw a 22-yard touchdown pass to Blane Blose to cut the deficit to 10-9 with 5:02 left in the quarter after the blocked PAT.

Just over a minute later, Foster scored on a 60-yard run. He then scored from 20 yards to make it 25-9 going into the fourth quarter.
A two-yard touchdown run by Cooper Johns made it 25-15 with 8:29 left. It was 14 seconds later when Porter, at quarterback, scored from 80 yards to stretch the lead to 32-15.

Kendall Lewis scored from 23 yards to push the lead to 39-15 with five minutes left. Murray added a 16-yard touchdown pass to Stephen Collier and John had a two-point conversion run to end the scoring.

Jesse Ross rushed for three touchdowns and Landon Sharpe threw for 193 yards and two touchdowns to lead the eighth-ranked Timberwolves to their best start in school history.

Ross was responsible for 14 of the Gators' first 21 unanswered points and finished with 86 rushing yards. White Knoll outgained Lancaster 354-128, with Demenico Banks leading the way with seven tackles and a sack.

Despite getting 110 rushing yards each from Jaden Allen-Hendrix, who had two touchdowns, and Alias Graham-Woodberry, the eighth-ranked Indians fell at the Class 2A-top-ranked Tigers.

Gilbert (3-2) jumped out to a 14-6 lead in a second quarter before Saluda scored 21 unanswered points.

A 60-yard touchdown pass by Dustin Braddock to Allen-Hendrix cut the deficit to 27-21 with 2:38 left in the game. The Tigers' Tyleke Mathis closed out the victory with a 70-yard touchdown run.
Gilbert opens Region 5-3A play Sept. 30 at Lower Richland.

Quarterback A.J. Brand returned to action after missing three games  with 318 passing yards and four touchdowns to lead the Yellow Jackets, ranked No. 10 in Class 4A, over the host team Eagles.