We do apologize but we need to interrupt this commercial for breaking news: Scoop and Gypsy have returned from a forest romp with the publisher and she reports both did their business. 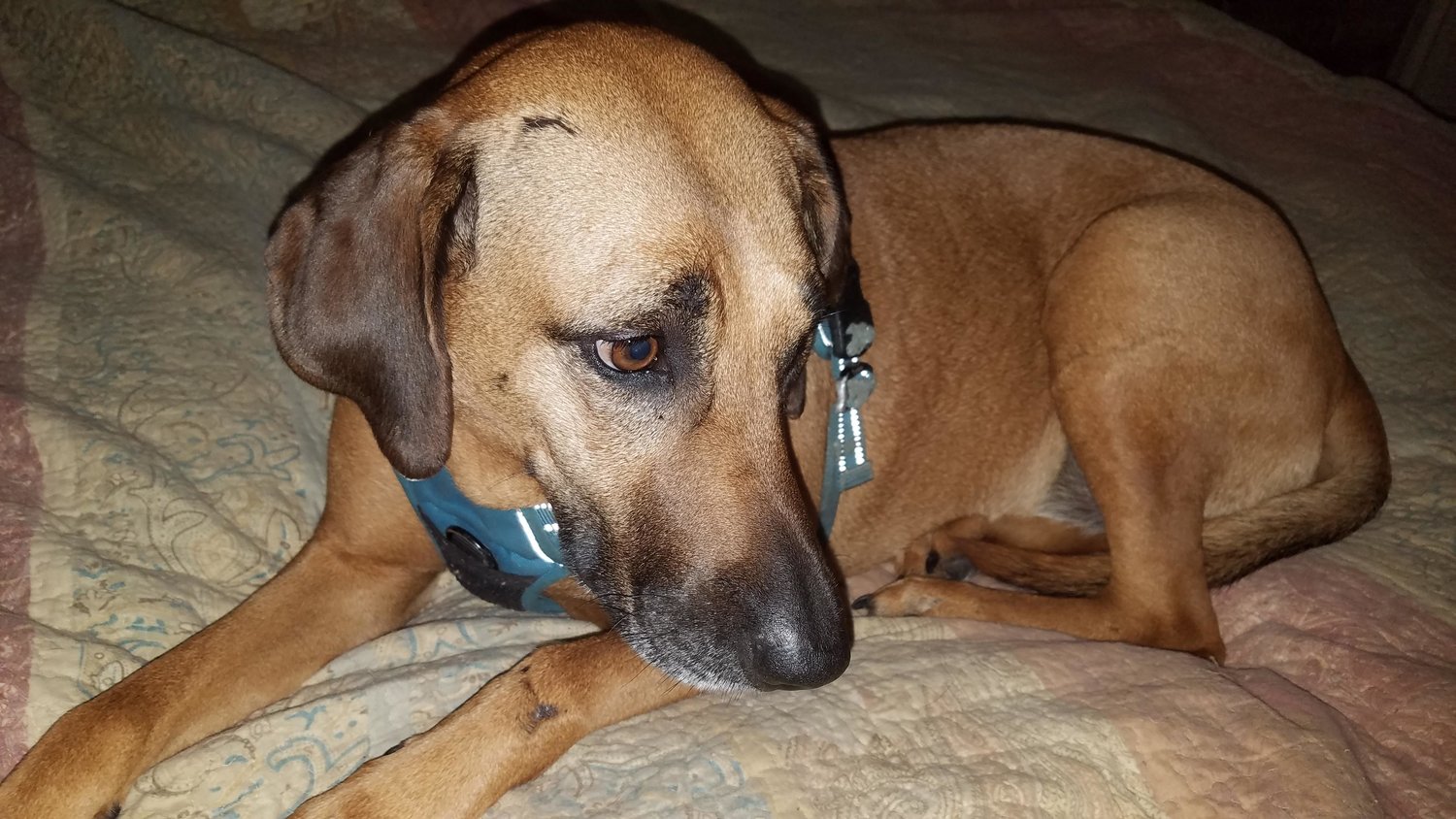 We do apologize but we need to interrupt this commercial for breaking news: Scoop and Gypsy have returned from a forest romp with the publisher and she reports both did their business.
That is welcome news. It means Scoop will make it through the next few hours without peeing on a table leg.
He is as house broken as you can break a cairn terrier but, truthfully, it isn’t much.
I’m sharing this news with you as you may already be familiar with Scoop, our Pet Editor and resident humorist.
He writes our “It’s a Dog’s Life” column and allows me to edit out the naughtier jokes that might offend a reader or two.
Gypsy is a 70-pound red bone hound, almost 4 times Scoop’s size, and his his co--pilot, running mate, play thing and loyal companion. She is a stray who adopted us some years ago in an admirably clever way.
She scanned the houses on our part the lake, decided ours looked like it housed the biggest group of suckers and took up residence beside our front door.
After 3 days, she was still there so the publisher took her food and water.
“You shouldn’t have done that,” her editor observed. “Now she’ll never go away.”
“Do you want her to starve,” the publisher said, as if I was a Nazi war criminal.
So she came into our lives and we are the better for it. So is Scoop. He needed a pal and now he has one he can boss around.
All of this reminded me of our good friend Ted Hall who used to write about the village dogs in a little spot on the Minnesota-Canadian border. It is gorgeous country and the fishing can be spectacular.
We had worked with Ted years before.
When he left Time magazine, he went back to the border country where his family used to spend their summers.
Ted started a little quarter-fold newspaper he called “The Rainy Lake Chronicle” and circulated it to local folks and admirers in newsrooms around the country.
Ted had to look diligently for news.
Crime was almost non-existent in tiny Rainier, Minnesota. When it occasionally occurred it was almost to be celebrated for breaking the tedium of ordinary life.
Ted knew all the dogs’ names. He wrote about Hector, who accompanied the village post mistress Avis Herbert to her office each day. Then he spent the rest of his day collecting soda cans and trooping around the village displaying them in his mouth.
Ted wrote about Timber who showed up at Harry Erickson’s store each afternoon for his daily piece of sausage. Harry wrapped it in waxed paper and Timber trotted home to unwrap and eat it in a gentlemanly fashion.
Ted wrote about Dandy, who survived eating a box of Tootsie Rolls although chocolate is supposed to be fatal to dogs.
I imagine Lexington was once as small and quaint as Rainier and Uncle Josh Harman had to search for news. I regret missing out on those days but I’m delighted to have the opportunity to see our growth.
Much more important news is occurring daily but I thought we might take a few minutes off to celebrate some canine news.
Please write if you have a pet story to share to JerryBellune@yahoo.com