Hollow Creek Distillery has been open in Leesville since 2014, but the idea and research brewed in Craig Amick’s head for at least a few years before that. 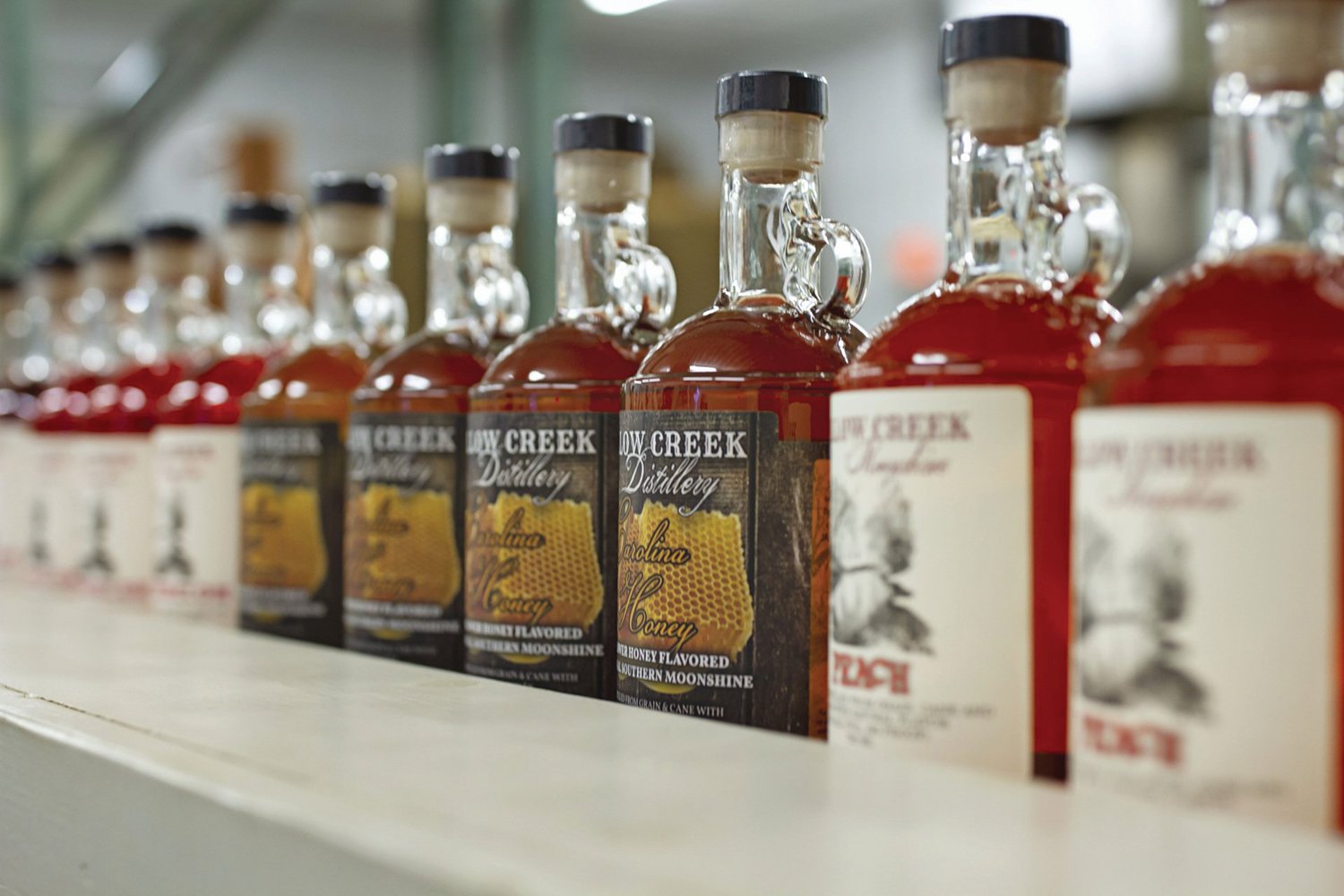 Hollow Creek Distillery has been open in Leesville since 2014, but the idea and research brewed in Craig Amick’s head for at least a few years before that. Amick’s distillery is a family-owned business he runs with his wife, Meredith Amick. Even though the business is less than a decade old, their spirits and whiskey give a nod to the Amick’s family history in the area.

“It all started with a close family friend who had an idea for it and he went down the road to see what it would be like. It wasn’t for him but I thought it was too good of an idea to let go. So far it’s been good,” said Amick.

““It was just one of those things that when South Carolina passed the law for micro distilleries, the idea came to the back of my mind and simmered. It just feels natural to own a distillery,” Amick added.

The distillery is housed in a red barn in Leesville near Lake Murray and features flavored and clear moonshine, vodka, whiskey and a couple of bourbons. Amick and his team started with moonshine and now they offer nine different flavors, including seasonal varieties, he said.

The moonshine isn’t distributed and is exclusive to the distillery, but some of their whiskeys can be found in liquor stores.

There are stories behind the names of the liquors and spirits. For instance, the Low Water Vodka and High Cotton Whiskey have names that tie to the family’s roots in the S.C. Lowcountry.

The William Allen brand combines the history and the future, as Alan is a family name and William is Amicks’ son.

The distillery has been featured at a couple of event dinners, and their next one is with Chapin Chophouse next week. In addition to receiving a four-course dinner, participants will also be able to try five different spirits: Low Country Vodka, 34.08 Whiskey, High Cotton Straight Bourbon, William Alan Small Batch Bourbon and White Hot Cinnamon Whiskey.

The Amicks have continued to see strong support for their business as people support them in-house, and they have won many awards at competitions across the country.

All of this from a local distillery by the lake with an idea from a friend who personally enjoyed spirits, Amick joked.

Amick invites people to come to the distillery (112 Rocky Ridge Rd., hollowcreekdistillery.com) Thursdays between 1 and 7 p.m. and Fridays and Saturdays between 10 a.m. and 7 p.m. Free tours are available to see the process, and no appointment is needed. People over 21 years may sample free tastings, and occasionally, there are free cocktails to show people how to mix up their products.

Chapin High prepares for stadium renovations
Chapin High School is currently on phase one out of four in the renovation of its football stadium, and the project is estimated to be under budget.
Local sports