Putting together a challenging non-region schedule has proven to be a mission accomplished for Lexington High School girls’ basketball.

The latest battle for the Class 5A fifth-ranked Lady … 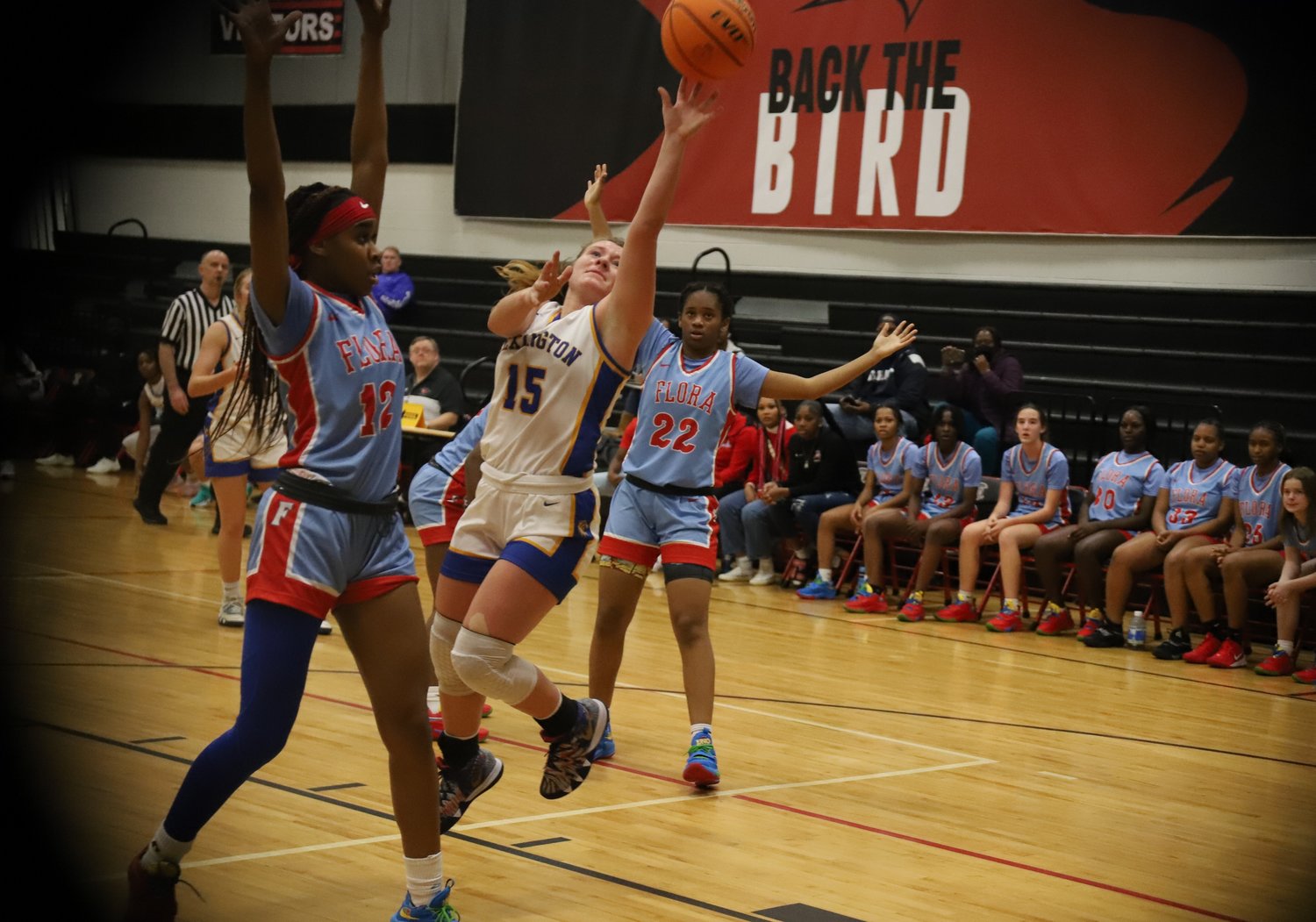 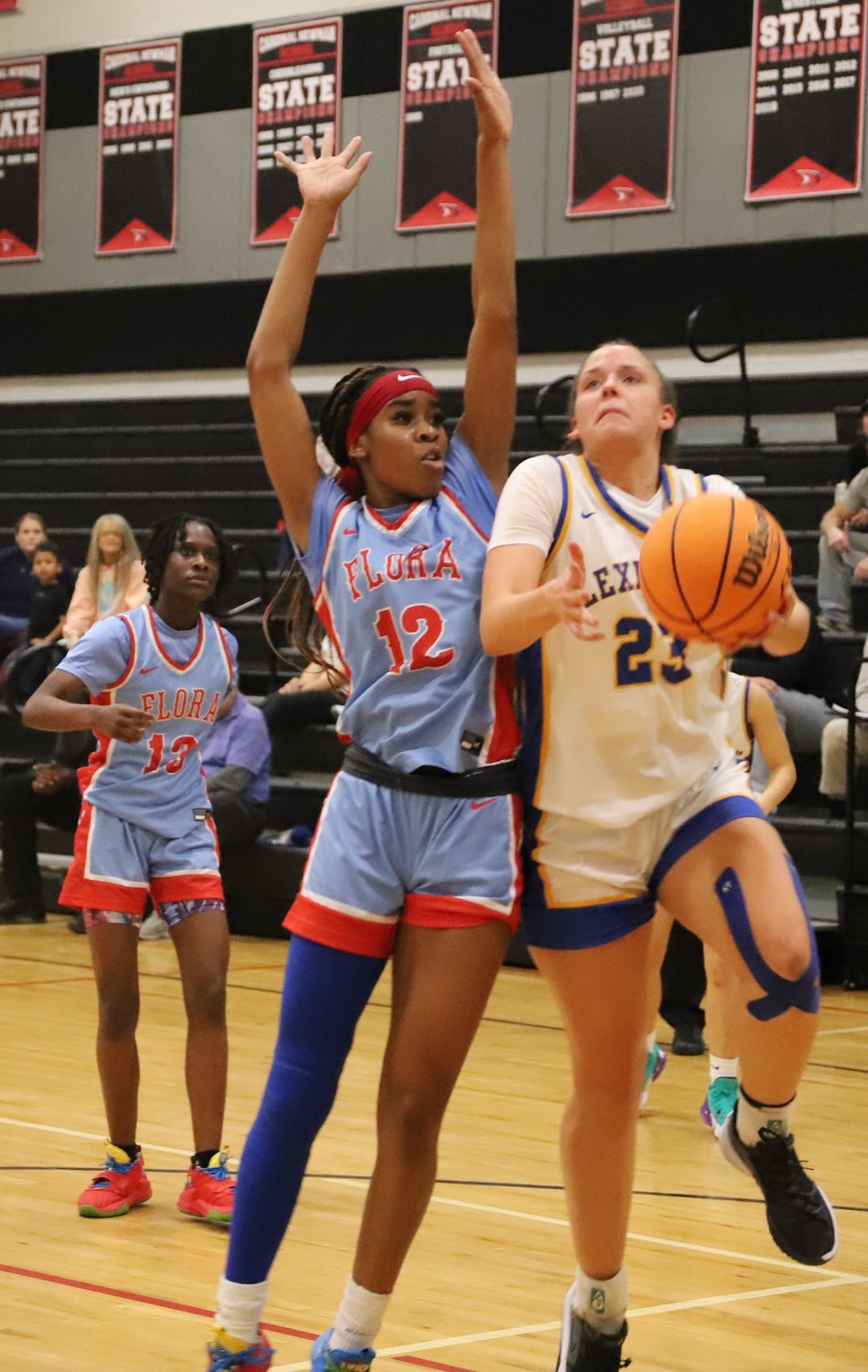 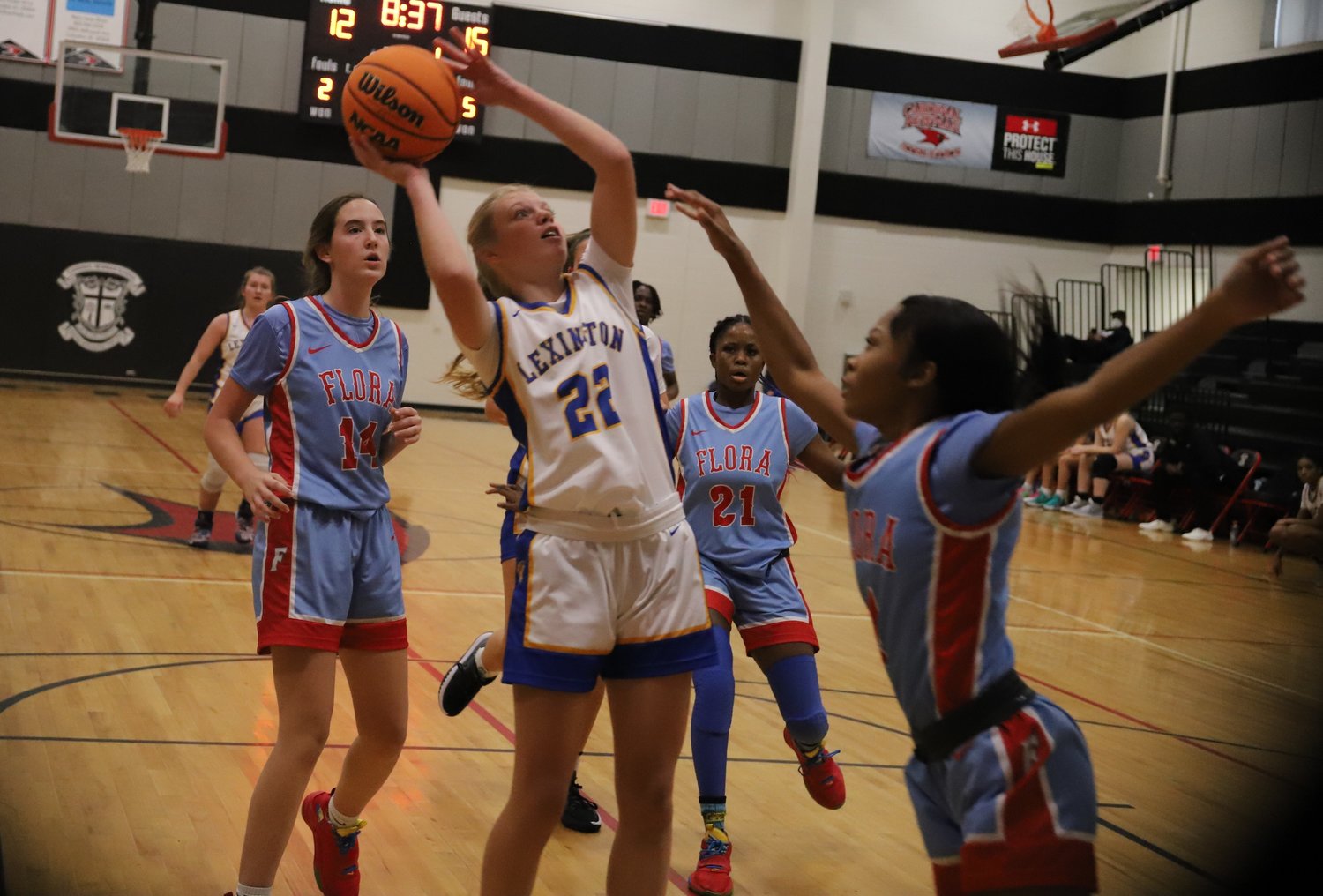 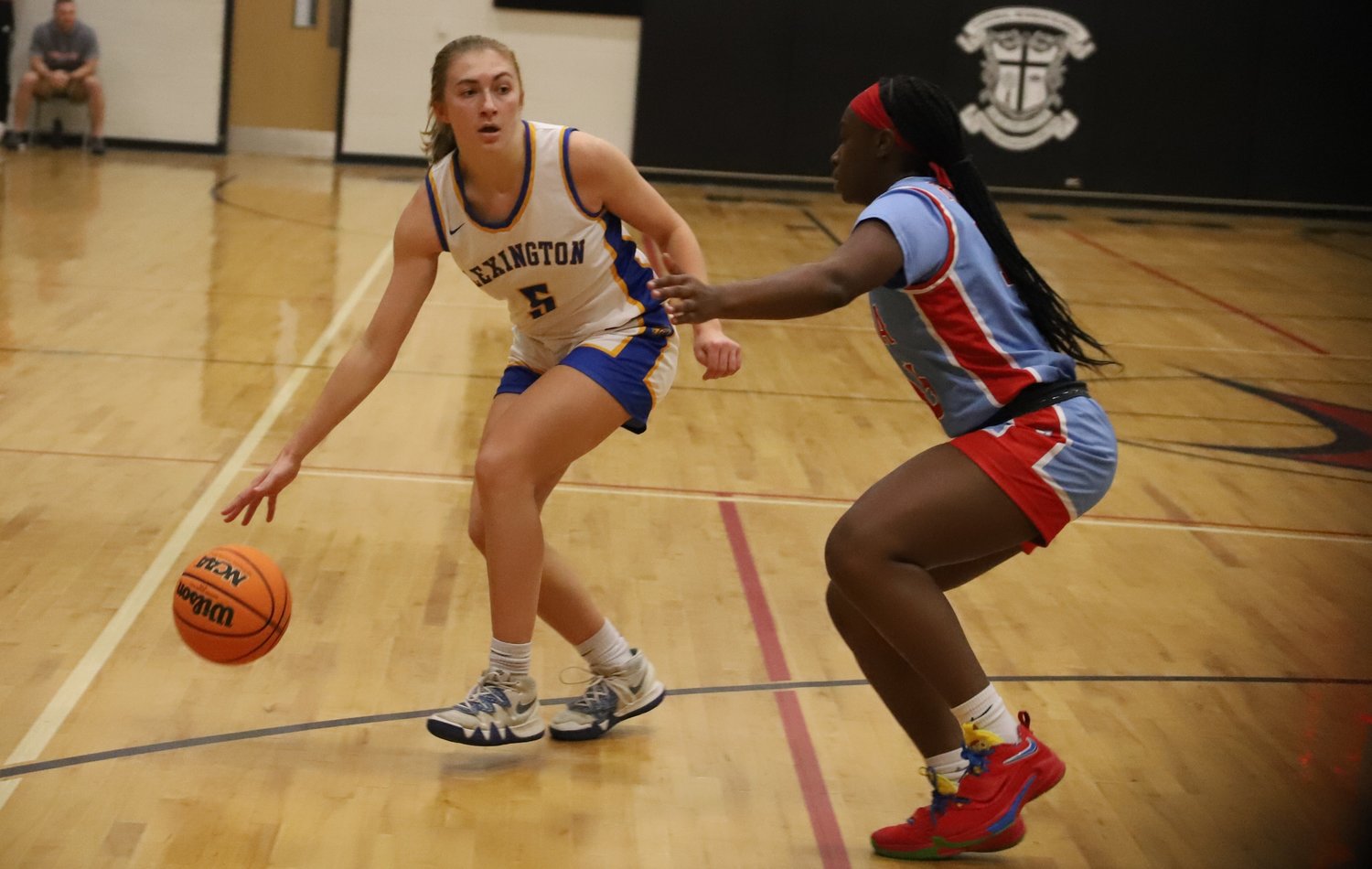 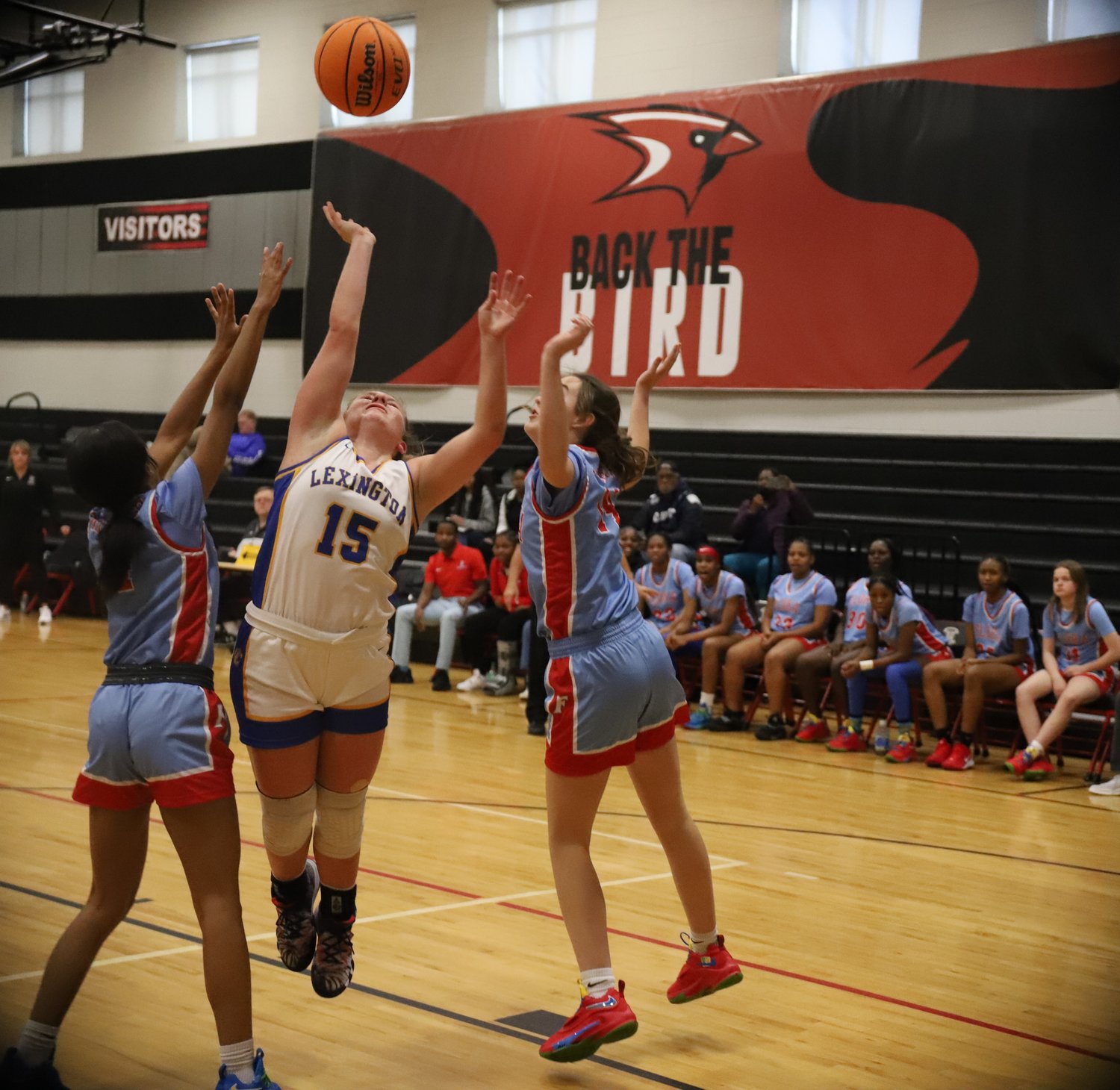 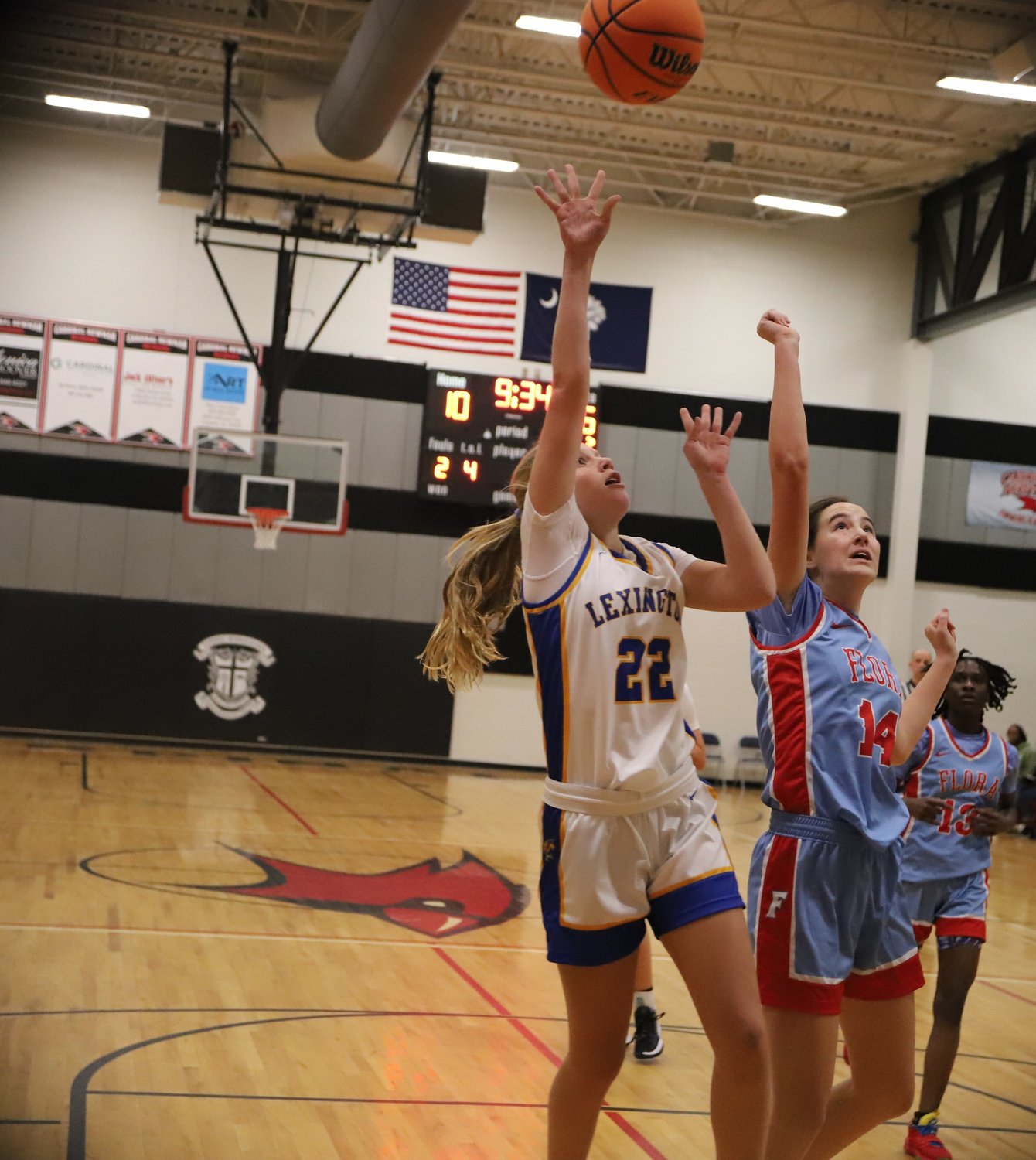 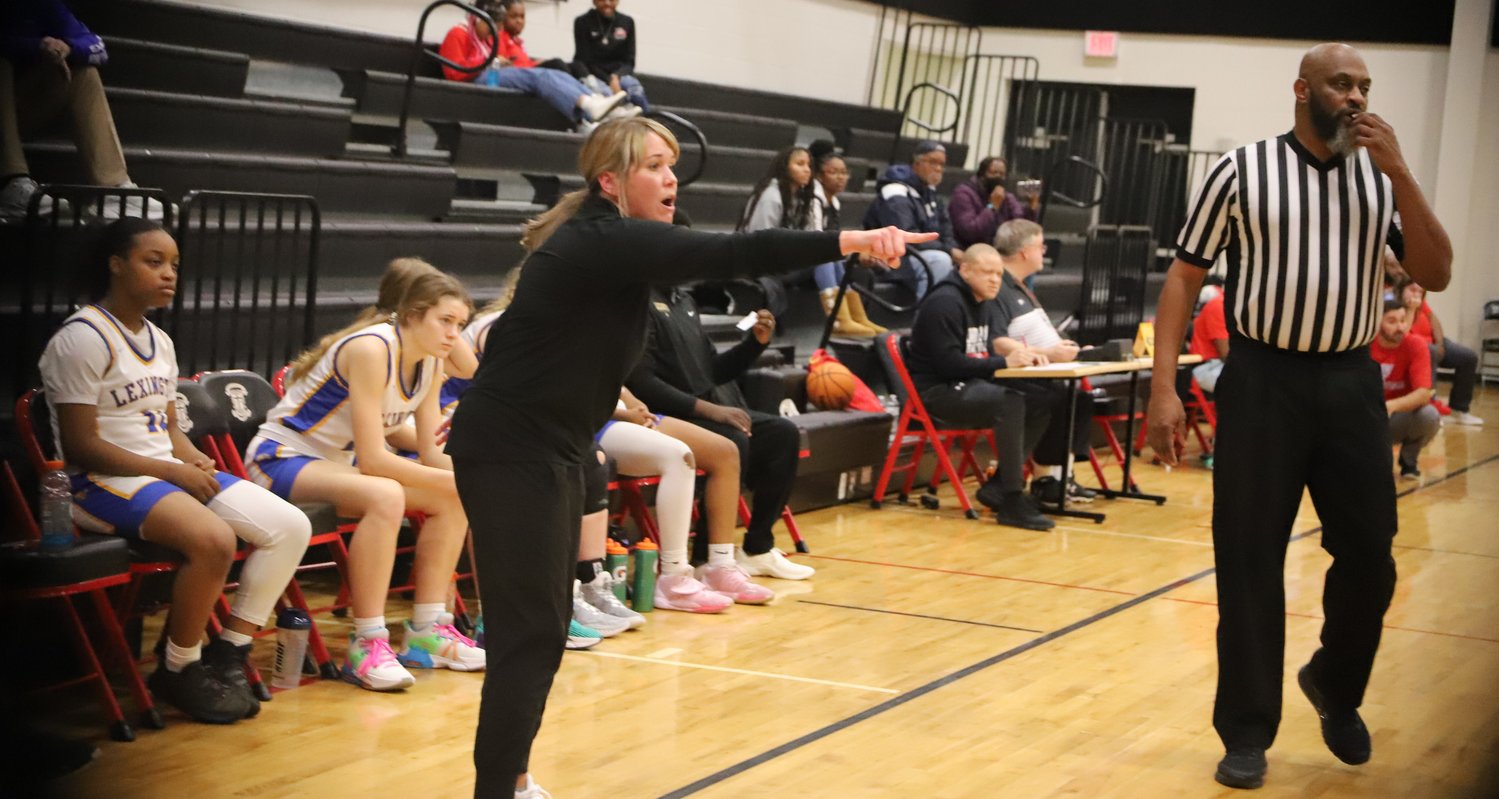 Putting together a challenging non-region schedule has proven to be a mission accomplished for Lexington High School girls’ basketball.

The latest battle for the Class 5A fifth-ranked Lady Wildcats took place Dec. 1 at Cardinal Newman High School. It was the opener for the three-day CNHY Showcase and marked Lexington’s third matchup in seven games against ranked teams.

The Lady Falcons, ranked seventh in Class 4A, took an early lead and, after falling behind as many as 10 points, rallied to force overtime. Lexington managed to get a late lead in the extra period and survived a last-second game-tying shot to win 70-67.

“They got up on us like (11-1),” Lexington head coach Molly Goodrich said. “We came back, got up on them by 10 points and they just never gave up and started hitting the three at the end, but our girls really, really wanted this game and they showed it out there.”

Lexington found themselves in an early 11-1 hole in the first half. A.C. Flora’s fullcourt pressure created turnovers which turned into points for Trinity Delaney who had a game-high 26 points and Skylar McCray who finished with 11 points.

Lexington came back with a 22-9 run sparked by Green and Yanity’s nine first-half points to take the lead. The Lady Wildcats pushed their lead to 32-25 at halftime, only for A.C. Flora to capitalize on Lexington getting into the shooting penalty early to close the gap.

Izzy Saville was fouled, but missed both free throws. Madison Mickens took the pass, drove past Green to the left arc and pulled up for the game-tying three-pointer.

Lexington was unable to score as time expired, leaving the game tied at 63-63. In overtime, Trinity put the Lady Falcons ahead with a putback and answered a free throw and layup by Yanity with two free throws to regain the lead at 67-66 with 1:10 left.

A backdoor pass to Green from Yanity led to a layup to give Lexington the lead with 41 seconds left. Mickens missed a three-pointer on the next possession and fouled out with 6.5 seconds left after Yanity caught the inbounds pass.

Lexington (5-2) will play once more in the Showcase at 10:30 a.m. Dec. 3 against Hammond School. The top-ranked Lexington boys' team will close out the second night of basketball against the host team at 8:30 p.m.

“You know, it is a tough schedule,” Goodrich said. “We’ve played a lot of games and it’s not many days (off). But if we want to make it late in the playoffs, and if we want to toughen up as a team, like, this is what we got to do. I have the utmost belief in them. We still practice hard. There are really no days off. We’ll practice Sundays, and they don't complain. We’ve got 10 girls that are bought in, and they really want to see where this team can go.”

In partnership with Harvest Hope South Carolina, fans who arrive with perishable items will receive $2 off the $12 admission.

Even players for champion Dutch Fork are struggling with recruiting challenges