The play is a farce, of course, played for laughs not screams, but the comedic factor is aided by some creative set design. 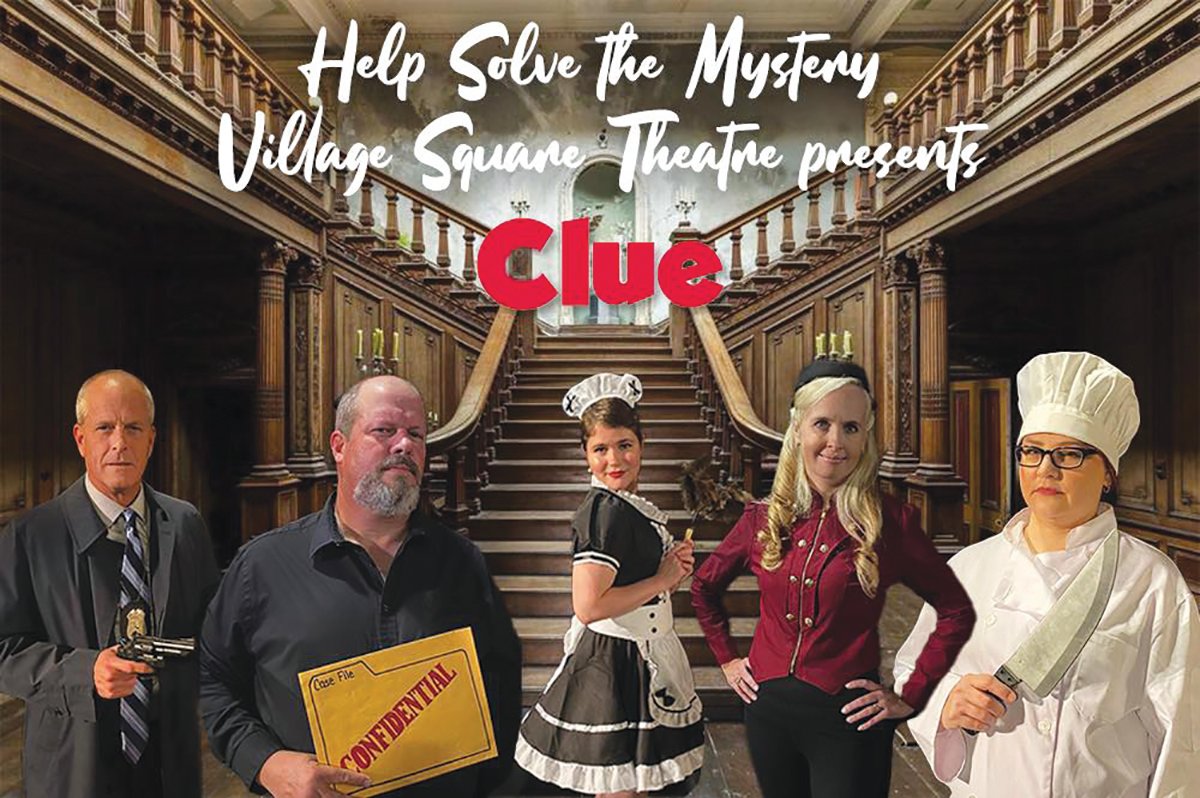 Lexington’s Village Square Theatre opens its 2022-23 season this week with a production of the dark comedy “Clue,” based on the 1985 movie of the same name starring Tim Curry, Martin Mull, Christopher Lloyd and Lesley Anne Warren, among others.

That film in turn was based on the popular Parker Brothers board game.

The scene is a dinner party. There’s a butler with various weaponry, a blackmailer named Mr. Boddy whose murder in the darkened house sets the plot in motion. And there are iconic characters such as Col. Mustard, Professor Plum, Scarlett, Peacock and more, all trying to figure out who the murderer is before they get added to the body count.

The play is a farce, of course, played for laughs not screams, but the comedic factor is aided by some creative set design, according to director Diana Price.

“The story is pretty close to the screen version, but with the challenge of having all the different rooms on one stage,” she told the Chronicle. “We use a series of doors arranged around the edge, creating six exits. Then there is a cast member called the Rolling Door, in which the actors move around the set to give the illusion of being in a different room.”

With eight main characters and four minor ones, the game is “played” through the telling of the story.

“It’s a mixture of Keystone Cops and chase scenes,” Price said of the action sequences. “We have actors crossing the stage, entering one door and exiting through another — we’re using every single inch of space and it’s quite comical watching all of these actors running around the stage.”

Many community theaters such as Village Square stick with the tried and true musicals, or children’s shows. Price said that opening with a comedic drama this season was a conscious decision, to bring in something different for both actors and the audiences.

“This has been so much fun to direct, even with the logistical challenges of the staging,” she offered. “All of the actors are top notch, and we have a good mixture of familiar faces and new people in the cast, some of whom came to us specifically because we were doing this show.”

Stay Here, Play Here: Events for the Week of Sept. 22