Who falls next in SCANA scandal

Conspiracy may run deep in company, its lawyers, lobbyists

Kevin Marsh and Stephen Byrne have been caught in the largest robbery in state history – the $2.2 billion fleecing of 1 million SC Electric & Gas and Santee Cooper ratepayers.

Who falls next in SCANA scandal

Conspiracy may run deep in company, its lawyers, lobbyists 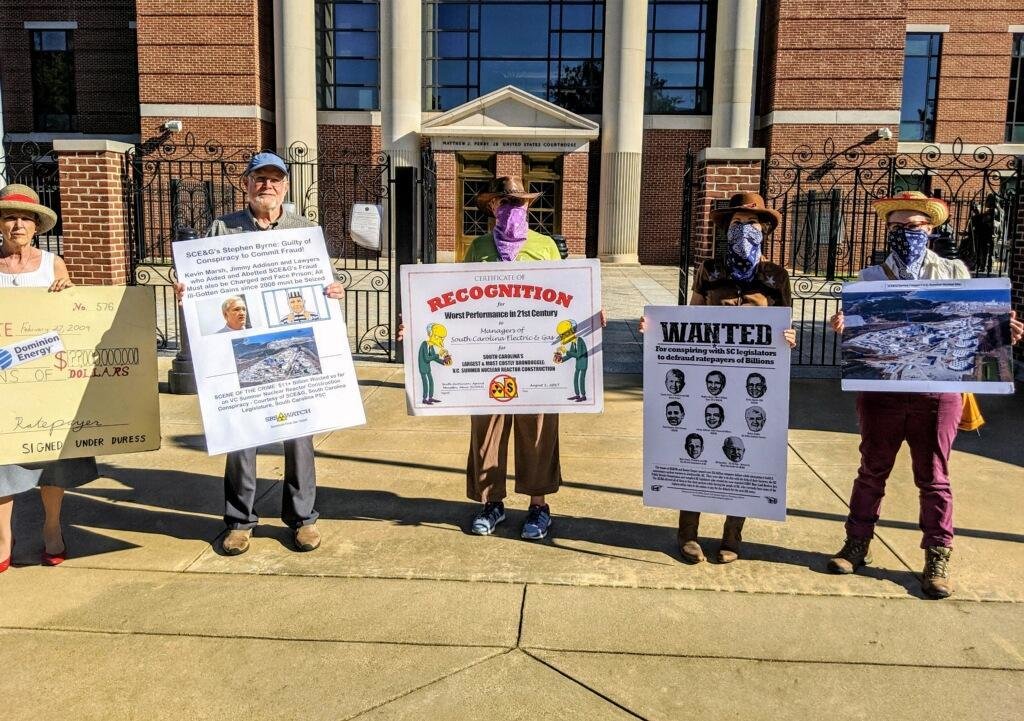 Kevin Marsh and Stephen Byrne have been caught in the largest robbery in state history – the $2.2 billion fleecing of 1 million SC Electric & Gas and Santee Cooper ratepayers.
Our congratulations to federal investigators for nailing them.
Yet with a hazy explanation, plea hearings for the ex-SCANA CEO were delayed. And no future date was announced for Marsh’s back-to-back federal and state court appearances.
Marsh was to plead guilty to federal conspiracy fraud charges at the hearing. He faces up to 10 years in prison but has negotiated to serve 18 to 30 months and forfeit $5 million in bonuses he was paid by the SCANA board for his mismanagement of a $10 billion nuclear fiasco.
The state has charged him with lying to cover up the bungled nuclear project to obtain $2.2 billion in rate increases from SCANA’s ratepayers.
Federal prosecutors charged Marsh with leading a 2-year cover-up, of the engineering and financial mismanagement that led to abandoning the nuclear reactors and SCANA’s downfall and sale to Dominion Energy.
Marsh’s COO Stephen Byrne is also charged in the billion dollar fraud. Byrne pleaded guilty in July to conspiracy and is out on bond. He agreed to help prosecutors build cases against Marsh and other executives and conspirators in the fraud.
What about the delay in sentencing, a Chronicle reader asked. That sentencing date has been announced for at least a month and the excuse to postpone it is ‘logistics’?
Marsh is getting off light and the shareholders, bondholders, auditors, contractors and others who knew what was really going on have yet to be indicted.
How long will it be before Marsh goes to prison – if at all?
Federal officials have yet to disclose whether the abused ratepayers will get any of their money back or which other conspirators will be charged.
They have shown no sign they are going after the SCANA directors, lawyers and lobbyists for the biggest fraud in SC history.
What do you think? Please write JerryBellune@ yahoo.com