The prolific downtown Columbia restaurant group set to bring a barbecue joint to Chapin has revealed further details about the forthcoming venture. 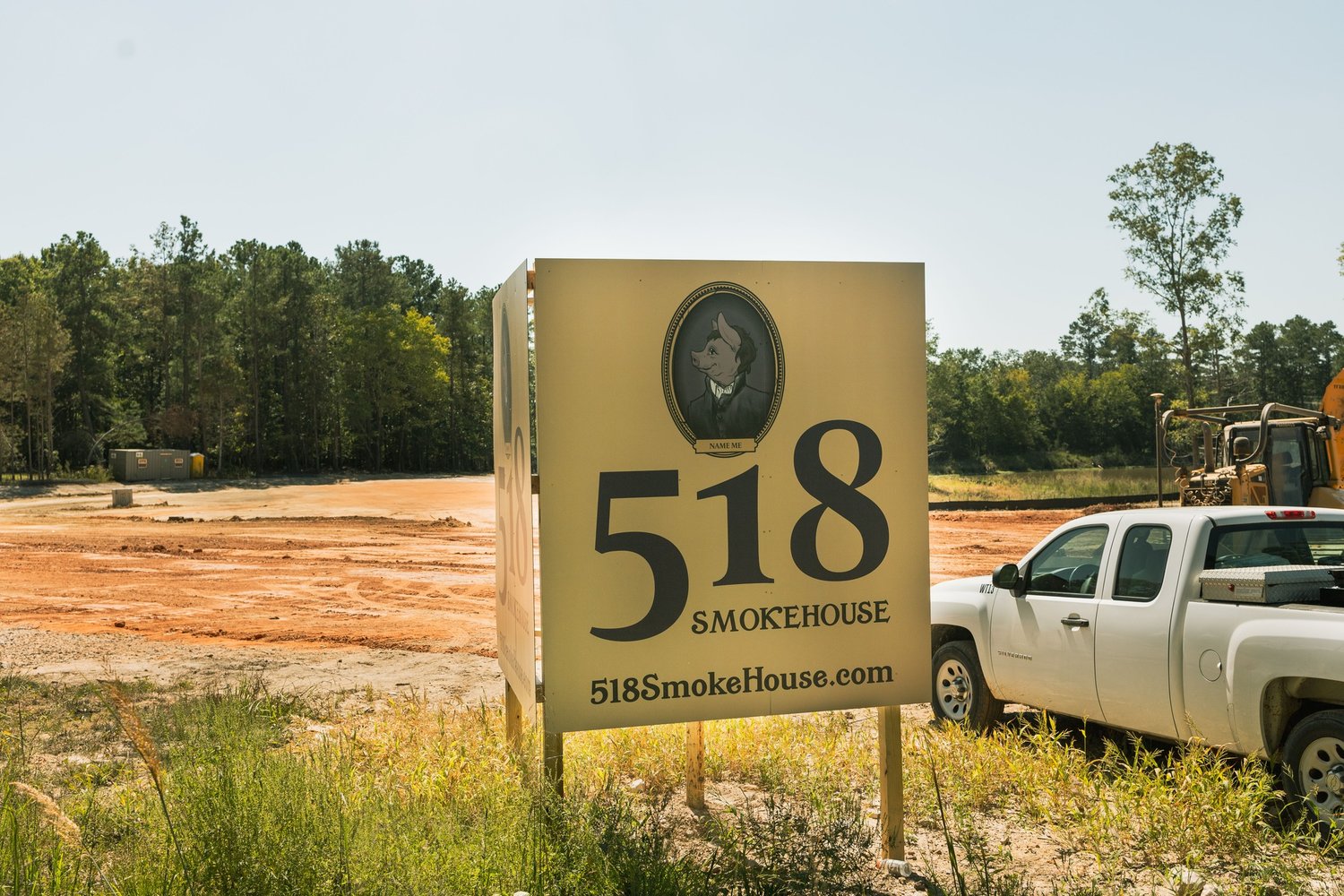 Construction has begun on 518 Smokehouse in Chapin.
Provided

The prolific downtown Columbia restaurant group set to bring a barbecue joint to Chapin has revealed further details about the forthcoming venture.

518 Smokehouse, which was announced last month by LTC Hospitality Services, “will bring high-quality BBQ to the Chapin area” along with “live music, a family-friendly atmosphere, and farm-to-table eats,” according to a press release.

The restaurant is expected to open next fall.

A provided rendering of the eatery, now being built by Congaree Construction at 673 Chapin Rd., showcases the outdoor area that will be incorporated into the restaurant, with outside seating overlooking an adjacent pond.

“Chapin has always been a great place to live and play. Many LTC Associates have made Chapin their home. Our hope is to bring another quality restaurant to enjoy right down the road,” an LTC representative is quoted.

The release notes that the restaurant’s name “comes from a college camaraderie at Winthrop’s campus; a group of friends living together at 518 Smokehouse Lane bonded forever over beer & good barbecue. This restaurant was created to entertain future generations, give parents relaxation, and enjoy delicious farm-to-table foods.”

518 is the restaurant group’s first in Chapin, and it’s the second food-and-drink venture away from the 1600 block of Columbia’s Main Street for the Middleton family, which owns LTC along with the forthcoming Peak Drift Brewing Company along North Main Street in Columbia.

Other LTC restaurants include The Grand bowling alley/bar, the vegan eatery Good Life Cafe and a forthcoming hibachi restaurant that is set to take the place of the Middleton-owned entertainment venue, The Main Course, which closed earlier this month.